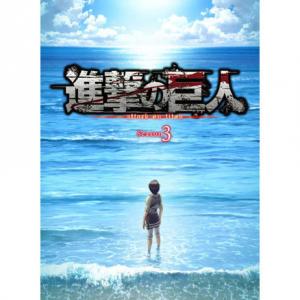 This season of Shingeki no Kyojin is undoubtedly one of the best in the series.

History has developed well, has progressed well with events and has not been slow at all. We had some cones characters, however, without major defects.

The animation is great, lots of frames and effects in the action scenes. Very varied camera angles, which makes the scenes look even more lively. The problem with this anime is the unnecessary CGI towards the bigger titans, given that the "Bestial" is giant, laborious and is done in 2d.

The design is beautiful and well detailed, the usual. Details on the eyes and scenery, lots of shade on the clothes and animation effects to make the anime more beautiful. The problem in design is the errors in it. Mistakes that age the character in up to 10 years. Size of hair drawn wrong in some scenes, body proportion, mass among others, are the problems encountered.

Music is one of the strengths of this anime. Always present and well-placed soundtrack, with the exception of one scene which the combination was very heterogeneous. The sound mix was good compared to previous seasons.

The dubbing is great. Many characters with good voices, but that's not worth comment. The focus here is on Armin, Eren and Levi. They are the best characters in the performance and voice slot.

Great season, very good. It did not surpass the second. Nevertheless, it gave hook to the long-awaited final season in an epic and beautiful way.