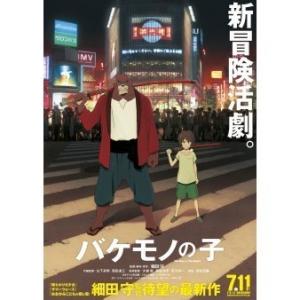 The film is exceptional, keeping all the staff of ookami kodomo and toki wo kakeru shoujo the film has a very good direction with great scenes.


The story of the movie has a small problem that could have gotten bigger, but it could contain itself, I will comment on at the end of this issue.

The story can be divided into 5 segments, introduction, development and relationship between the protagonists, back to the human world or arc of discovery, competition arc or hook to the end and finally the final arc that would be the outcome.

The first three bows are very well written, nothing to complain about, but from the fourth the anime gets a little confusing, and this is due to the excessive events that occur very quickly, this creates a discomfort that takes time to get used to. The final bow is reasonable, completes everything left to close, but could have been better.

The romance of the anime is presented from the beginning of the third arc, it is gradual and for many scenes forgotten, perhaps it was better not to have.

The animation of the movie is perfect. After what has been seen in the previous films of this director and his studio, better and better movies are expected, and this one does not disappoint.

All the scenes are beautiful, very well directed and with great sequel plans. This anime does what I miss in today's anime, which is a fight with a static or almost static scene. This kind of static direction best shows the movements and choreography of the fights.

Special effects are mostly used from the third bow, this bow calls for more extravagant scenes due to the direction the story has taken. Taking a CGI here and there the movie has a perfect animation.


The design is very beautiful. In both the monster world and the human world, both are beautiful. The monster world has a lot of scenery variation due to the fact that the development arc (2) is set in it. The character design is the same as Ookami kodomo, ie beautiful. Costumes, swords, nights, days, everything is well done. The leap in quality that the director made following the separation of Madhouse and the creation of his own studio (Chizu) is visible.


Music has its moments to shine, and when it is used, it does so with mastery. If it is compared to another director's film, the music does not have much impact, because the films have totally different themes, although they are relatively similar. The music in the movies is well placed and has good songs.

Sound mixing is easy to evaluate because anime has so many struggles. Well done and well placed, scenes with bad mixing are nonexistent.


The voice acting of the film is exceptional. The protagonist has an amazing voice actor, and this fits all the protagonists. Even the secondary characters are well interpreted.

Drama scenes are sad, the laughter is captivating, especially the screams, the screams are hilarious.