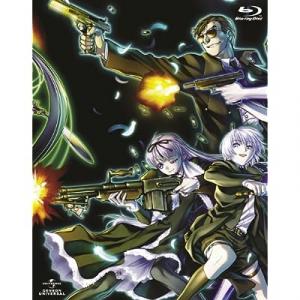 Black Lagoon is a great work to represent the moral and mental degradation of characters that were once right.
The story begins by introducing the character who would later become our protagonist, Rock, a man with medium jobs, but with a bland life.
After the character has his first encounter with the Black Lagoon organization. Following the course of the anime, the character will gradually be absorbed by the degrading and dirty air of the city.
The anime will follow in bows, each bow is a contract involving Black Lagoon. As the episodes pass, more and more mafias appear, from Colombian mafias to an ex-communist unit that because they are ignored and banned from the Soviet army, they make the decision to follow their captain and one of the best characters in the series, Balalaika.
The anime characters are all great, each one has their own past, each one has their reason for being what they are. Themes such as rape, abandonment, murder, wars, ideologies and beliefs, are the themes that shape each character.
The protagonist, as I had already mentioned, was an ordinary man, working and longing for an ordinary life. But as the anime goes by, and he realizes the degradation that city takes, and with selfish thinking that masquerades as altruistic, he begins to become the most manipulative character in the series.
It's a great story with great characters. A work that explores all human evil and presents us in a way that gives us affection for the characters, even though they are ethically and systematically evil.
And it is with this feeling of liking and feeling affection for bad characters that we see how well the script goes. Because we like these characters, how much better are they than them?
“Like you and me, there are no winners here, only sin. And I will help you bear your sins. ”- Garcia.